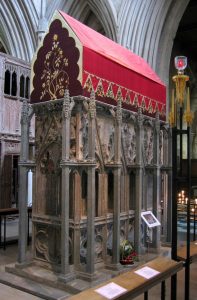 Saint Alban lived in Verulamium, near modern St. Alban’s in Hertfordshire sometime during the 3rd or 4th century, that is some 300 years or more before our own Saint Oswald of Northumbria. There was enormous change between the time of each saint. Saint Alban lived before the English had arrived (as Anglo Saxons) in a southern part of Britain ruled by the mighty Roman Empire.  Saint Oswald, on the other hand lived after the fall of the Roman Empire after the first English people had first established themselves as a series of separate kingdoms.

Little is known about Saint Alban’s background apart from the fact that he originally wasn’t Christian. As often happened during this time period, Christians were put under a large amount of persecution. In Britain, this didn’t change much as, being at the most remote and volatile frontier of the empire, Christianity had not really spread this far in any major way.

For one person, however, it did have a life changing impact. One night, Alban met a Christian priest fleeing from “persecutors,” and sheltered him in his house for a number of days. During this time, the priest and Alban grew to be friends and, inspired by the faith, piety and charity of the priest, Alban soon began emulating him and eventually decided to convert to Christianity.

Eventually, those who were hunting the priest found that he was sheltering in Alban’s house. So, to give the priest time to escape, Alban dressed in the priest’s cloak and clothing and gave himself over to them. 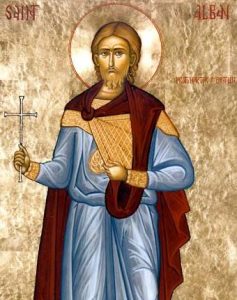 When the judge heard that Alban had offered himself up in place of the priest, he became enraged that Alban would shelter a person who “despised and blasphemed the (pagan) gods.” Additionally, as Alban had given himself up in this Christian’s place, he was sentenced to endure all the punishments that were to be inflicted upon the priest, unless he would comply with the pagan rites of their religion. Alban refused, and declared “I worship and adore the true and living God who created all things.”

The enraged judge ordered him to be scourged, thinking that a whipping would shake the constancy of his heart, but Alban bore these torments patiently. When the judge realized that these tortures would not shake his faith, he ordered that Alban be beheaded.

There is more to Saint Alban’s story, and various miracles surrounding his death in particular. However, most were written many years after his death and have very probably been embellished in the telling. One surprising detail, however, that is both consistent and can be traced back furthest is the drying up of a river so that Saint Alban could get to where he was to be martyred and the impact it had on those watching. 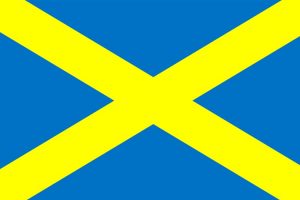 Saint Alban was no great warrior, theologian or leader; he was just a normal person who cared for others. St. Alban’s journey to become a saint began when he chose to show love to a complete stranger and did not close his heart to the beauty that others could show him, even when it threatened his own previous beliefs.

Adapted from the Diocese of Westminster Youth Ministry website https://dowym.com/